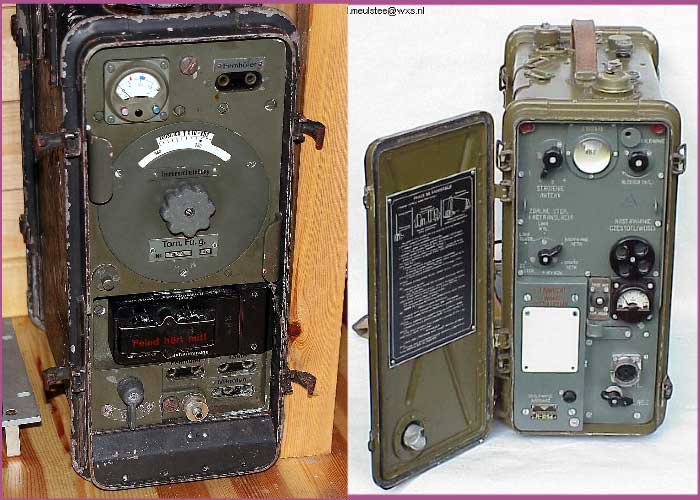 As we can see,the Russian radios is build very like the Wehrmacht radio Torn FU.g.Inside on R-105D all the chassis is made in alloy with high durability and stabile mecanical constructions. The Russian R-105D and M is better constructed than the German radios all over.In the war the Russian get a lot of German radios,and make copys of them,with some modefications to the better.From ca 1943 all the productions of Wehrmacht radios was more or less sabotaged..The productions matrials was mixed with bad alloy,making corrosion on the matrials.Some electrical connections inside the same.This was made by the prisoner working with the sets.All making so clever that it would destroy the equipment after some short time. Some German radios, we can  60 years later, se the alloy is eaten up.The R-105D from around 1948 the alloy seems right clean as when produced.Russian R-105D models found outside after 50 years.the alloy is practical free from all kind of corrosion,just like new. On other page here details will be shown from this radios.

The freq stability of R-105D and  R-105M series is remarkable stabile, to be no x-tal controlled.Simmilar to later 1960 radios Ra-105 made in USA,where unstability on "Locked" freq is very high. This radio was in traffic in the army (Sweden) this time.This radio was produced on alluminium /iron plates,very unstabile construction.

Some of this Russian radios has been market with German languages on front and operations panels.This was done for the  German DDR.

Inside German and Russian radios