During W.W II the German military made extensive use of radio. One of the key elements of the Blitzkrieg was the co-ordination of armour, air power, artillery and infantry, and radio was the perfect medium for this co-ordination. The German victory over Poland in 1939 illustrated how intermedate communication between land and air units could more effectively defeat an enemy. However, it was the success of the panzer troops in France and Russia that showed how indispensable radio had become in armoured warfare. A brief review of their opponents' failures will help to show the advantage radio gave to the German panzer

As noted , command vehicles had additional radios which allowed them to receive a broader range of frequencies. For example, information from the Luftwaffe would be received by the company leaders tank on the command set and then relayed to all other tanks via the standard tank radio set. This helped to organise the radio communication and prevent one unit from accidentally interfering with the communications of another

Also included in the family of special armoured radio vehicles were armoured half-tracks, along with four, six and eight wheeled armoured cars. These vehicles were equipped with a variety of radio sets, depending upon their objective. They initially had a large frame antenna but later versions used the less conspicuous mast antenna. Perhaps the most versatile armoured radio vehicle was the half-track SdKfz 251. While all models of this vehicle were radio equipped, several versions had special radio equipment.

Going wireless was the only long distance way to communicate effectively with airships, aeroplanes, mobile land vehicles, ships and submarines.The beginning of radio was rather heavy – literally speaking. In 1914 a German "heavy mobile radio station" consisted of 2 cavalry officers, 34 other staff, 30 horses, 3 vessels, 1 motor vehicle, and the station itself had a weight of 1.5 tons.It took the Germans twenty more years to create lightweight and mobile devices for wireless communication. In 1934, General Erich Fellgiebel, the commander of the German Army Signal Corps16, started the development of radio receivers for tanks. He decided to develop devices for very high frequencies – hitherto unused for communication purposes. In general, it was assumed that the signals of electro-magnetic waves with wavelengths below 10 meters propagate in straight line only within the limits of direct visibility and are therefore of no use in the battle field. It took many experiments to proof that electromagnetic waves of very high frequency could be used for communication purposes on short distance (3-4km).In 1939 the German rapidely make radio equipments,better than other country in the world.New tubes,new ceramic matrials etc, let the German produce small effectively radioset.They make later in the war 1942 radioset working on UHF (400Mhz band) very difficult on this time.

A large variety of panzer radios were built, each with a specific purpose and designed for a specific class of vehicle.
The unit produced from 1942 seems to be made from the factory, Saba.

Already in 1934 the Germans decided to add VHF-radio receivers to each tank. The tanks of commanders were equipped with transmitters. The radio transmitters of commanders of smaller groups had a range of 3-4 km, while the regimental commanders had radio transmitters with a range of 30-40 km in motion, and of 120km in stationary mode with a larger antenna. Probably due to the traditional one-way command structure in the early stages of VHF radio the tanks did not have any horizontal links between them nor any feedback ability to the commander 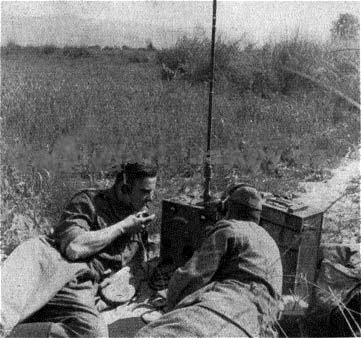 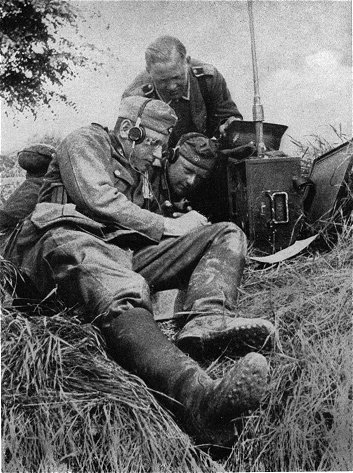 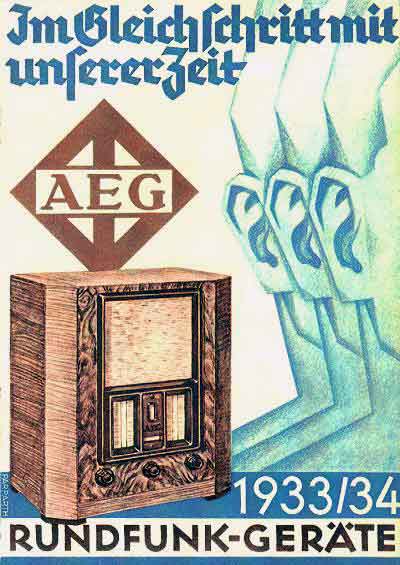 "German forces were much more adept at operating in chaotic environments where other armoured forces were lost in confusion.

Guderian was also among the first to operate from a command car equipped with several radios in order to allow his subordinates to operate faster and further than an army had ever operated before".